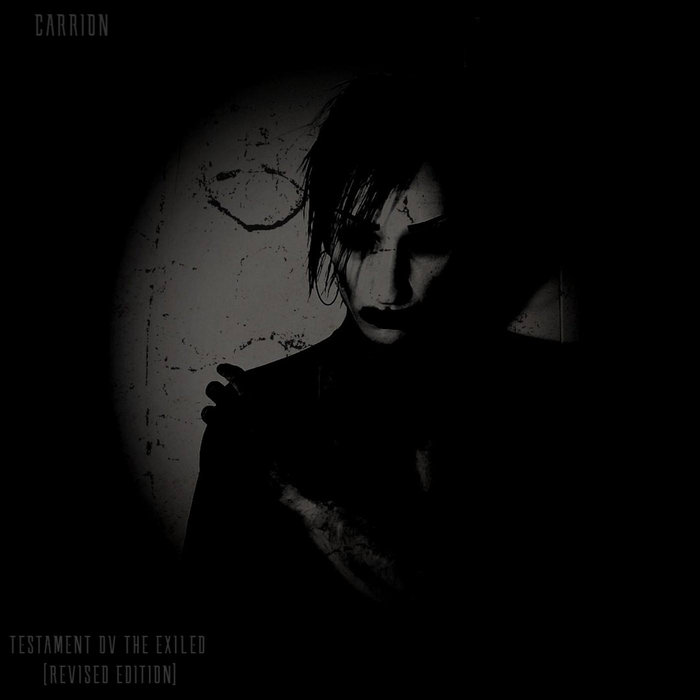 Since it's inception in 2013, the Norwegian cult Carrion has been spewing out serpentine hymns. Led by the High Priest of Heresy, Hide Tepes, they've never repeated themselves. Carrion is a lesson in expecting the unexpected.

Earlier this year, Carrion saw the release of their album "Testament Ov The Exiled". Loyalists flocked to their upbringing and now we at Brutal Resonance find ourselves committed to the cult. It is with that Brutal Resonance Records is proud to announce the release of "Testament Ov The Exiled [Revised Edition]". Hide Tepes and his fellow culprits bring forth their gospel with buzzing chainsaw guitars, drums like thunder, and sharp cutting vocals.

Carrion extends their sermon in the revised edition with the destructive force, 'Dogs Ov Hell'. It will satiate your hunger for heresy; an aural fist in your face; a kick in the teeth delivering both a warning and a promise of the end. Fellow industrial-metal heads Decent News, dark electronic enthusiast Dead Agent, and cybernetic metallers Vanity Kills join the fray by each offering a rendition of 'The Blood ov Saints'. Lastly, a more beat driven version of 'To Eat Crow' finishes out the Revised Edition's extra contents.

"Testament Ov The Exiled [Revised Edition]" is available in both limited edition cassette and digital formats. There will only be fifty copies of the tape available worldwide. Once they are gone, they're gone.

All ten original tracks will be available upon pre-order. The bonus tracks will unlock on a week to week basis. Keep checking back every Monday for another new bonus track until all are unlocked on January 18th!

Brutal Resonance Records is an industrial and dark electronic outlet focusing on bringing some of our favorite musicians’ and bands' albums and EPs to you. After years of journalism in our beloved underground scene, the next logical step was for us to form a part-time record label. ... more

Bandcamp Daily  your guide to the world of Bandcamp